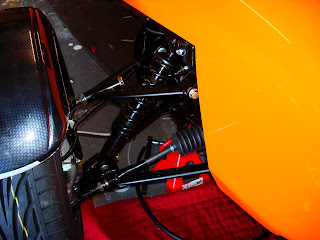 Next I checked all the gaps around the chassis front and adjusted the position of the bonnet until it was central.  Then under the front of the car to mark up the bonnet and chassis for the hinge, after I was happy I removed the bonnet. 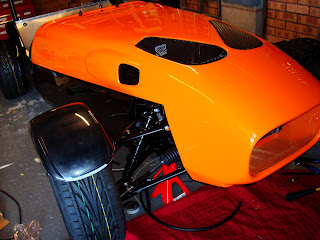 Drilling the hinge took far longer than I thought it would with the stainless steel writing off about half a dozen drill bits. Eventually the hinge was finished and I fitted it to the bonnet, using countersunk bolts and repair washers, then the bonnet to the chassis, using countersunk bolts and rivnuts, and lowered in down over the engine bay and scuttle - all was well. 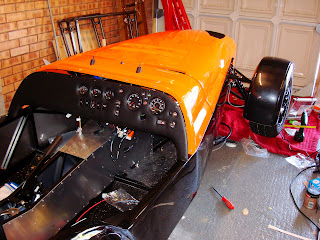 Next was fitting the headlight brackets and their body fairings - it took sometime to work out where everything went and the bonnet needed some "fettling" to allow the brackets to fit due to excess weld on the bracket but again this was straight forward. 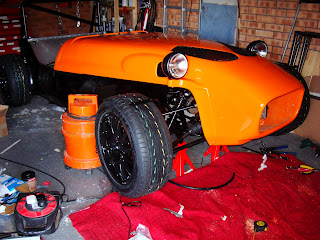 Finally I fitted the Head Lights and the Fairings - I couldn't find the 3.2mm rivets called up in the manual so used the 4mm ones with the big heads.

It was then time to call it a day as Billy & Paddy my two Springer Spaniels were desperate for a walk, so off to Ham Hill for an hour or so.