At the Dorset monthly meeting yesterday I picked up the gearbox after an overhaul and long 1st gear fit - many thanks Malcolm/Wessex.  A shiny set of Minilites arrived today by courier 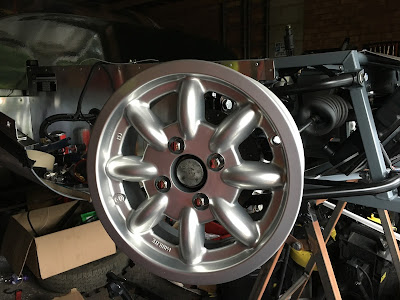 and I stopped in at Hurley Engine Services to handover a few bits and pieces and the head was being machined after having the new unleaded seats fitted. 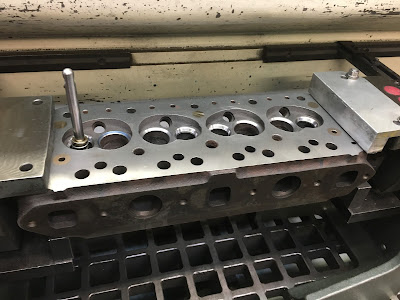 The inlet valves are being replaced with the bigger A+ Series ones from an MG Metro and the head will be given a light port/polish.  The engine block was also in machining being re-bored for the new PowerMax pistons which are 73.5mm so taking the engine out to 1380cc and also reaming the crankshaft bearing mountings. The SEIW is now semi packed ready for an early start tomorrow down to Powderham Castle for the weekend.

The build has been moving on but has been a bit stop/start as I've had other things to be getting on with outside of the garage. 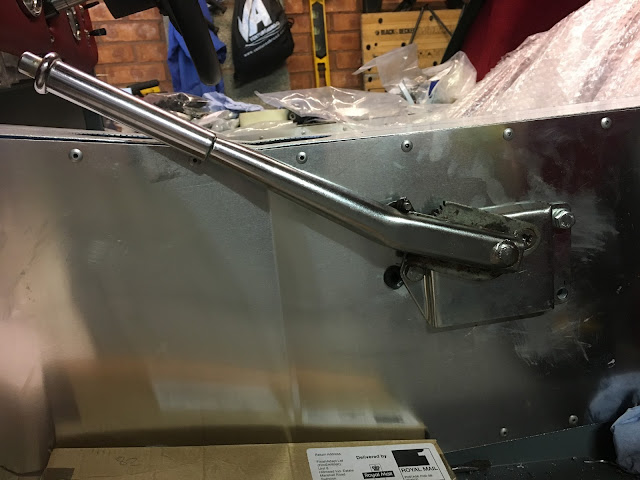 The master brakes are now installed all bled and the handbrake fitted although it still needs a warning switch fitted. 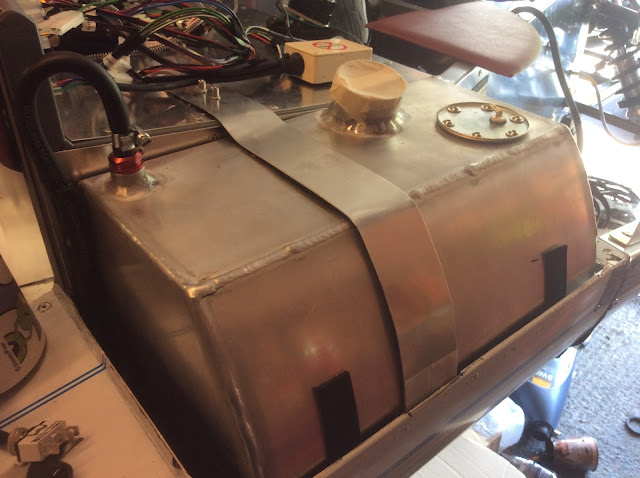 The fuel sender has been extended and the fuel tank installed. 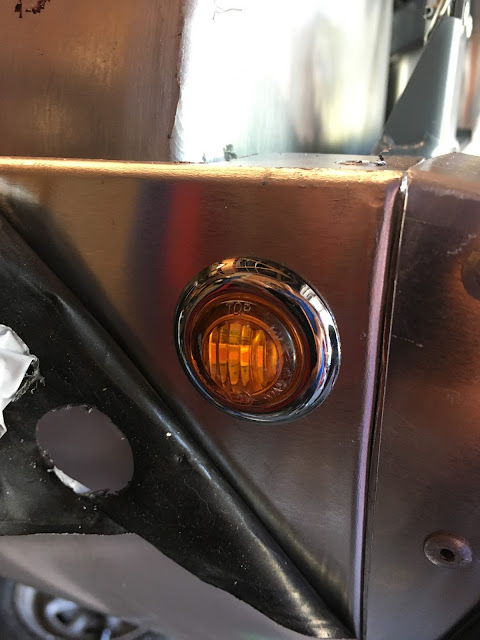 I've also installed the side repeaters - into the alloy pontoon in order to allow for easy scuttle removal at a later date. 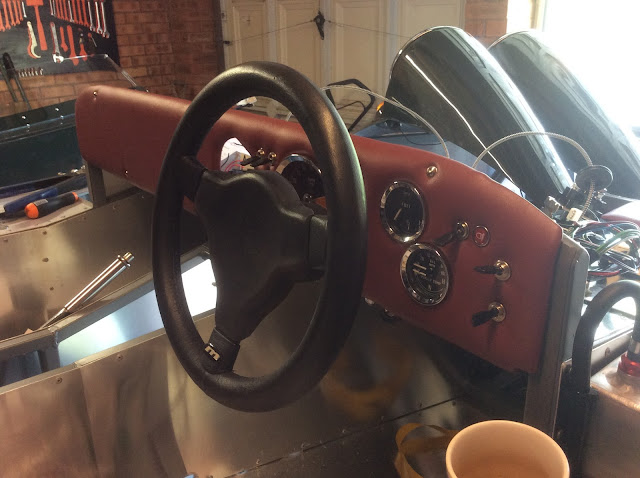 The dashboard has been installed and most of the gauges that have also been refurbished with new glass and bezels.  The speedo will need calibrating once the gearbox and wheels have been fitted.


I've installed the main wiring loom although the gauges still need some connecting up.

I've installed the radiator - new rather than from the donor. 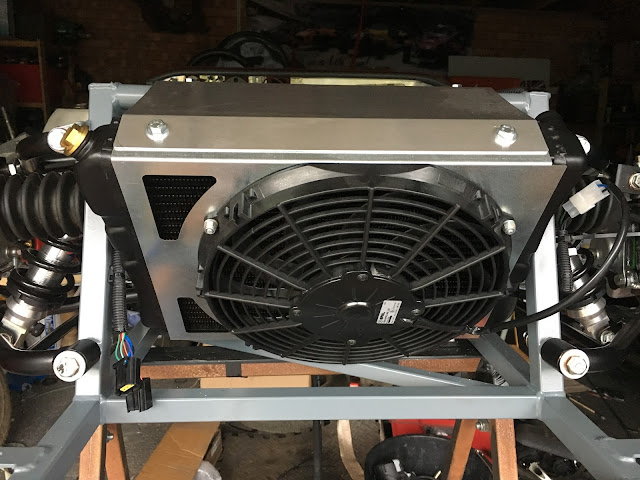 And also found some nice period switch labels rather than dyno tape hopefully they'll be okay for the IVA. 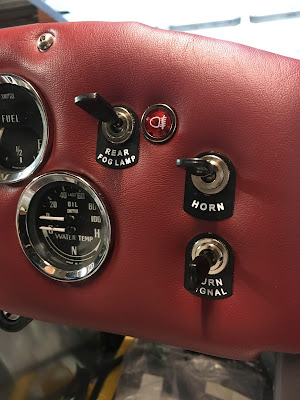 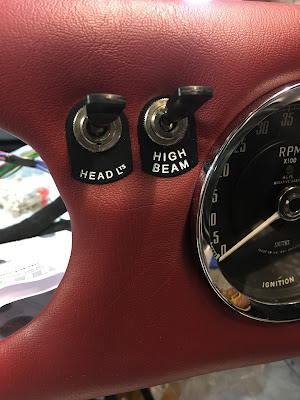