I started of with Myles breaking down the bodywork and putting the the side panels and rear wheel arches back into storage. 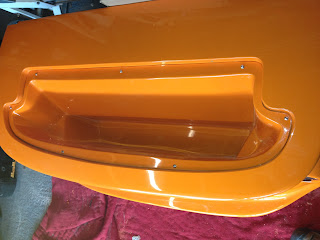 Fettled the boot until I was happy with the fit and by now James had joined me.  He drilled the boot and fitted M5 rivnuts into the rear body.  After a trial fit of the boot lid I replace the front row of button head screws with countersunk at a later date. 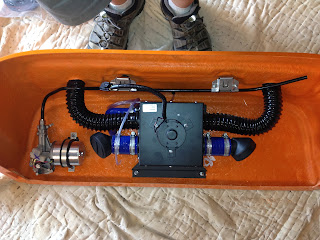 The wiper motor mount arrived in the post so I fitted it with M6 button head/repair washers and worked the drive tube.  The final tightening will need the screen and fillet at a later date.

Next James fitted the cycle wing mounts and cut the "bighead" bolts down to ~17.5mm while I marked and drilled the mounts.  Trial fitted to cycle wings and worked out the marking for the future fitting. 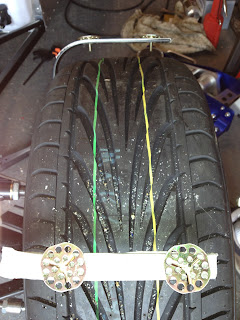 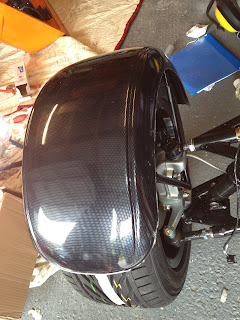 Final activity of the day was to drill the chassis mounts for the gearbox and n/s lower engine mount and spray them both with Hammerite (still wet in the photo!). 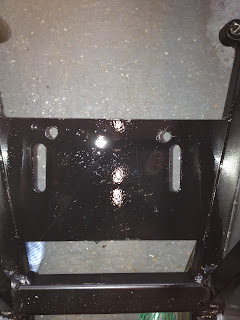