The decision to attend the Le Mans Classic in 2018 was taken last year and getting the Eleven ready to go within the two year window of the 1957 class win has been a big motivation.  We travelled over on the Poole - Cherbourg ferry then took the back roads (even with their new 50mph limit) down to the campsite at the le Mans/Arnage Airport. 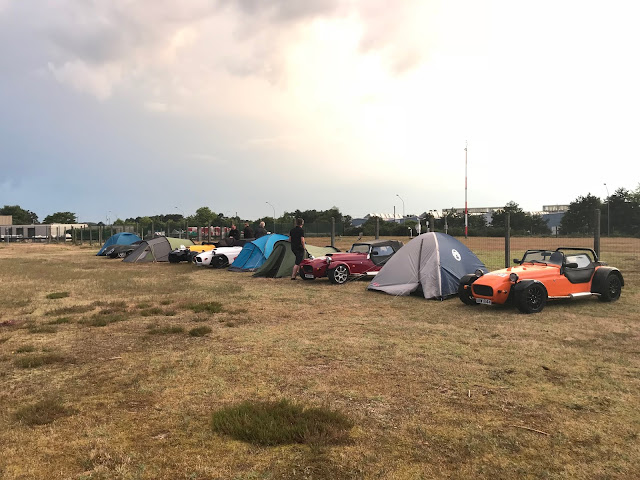 After setting up camp and supper we headed off to Arnage to watch the drive byes. 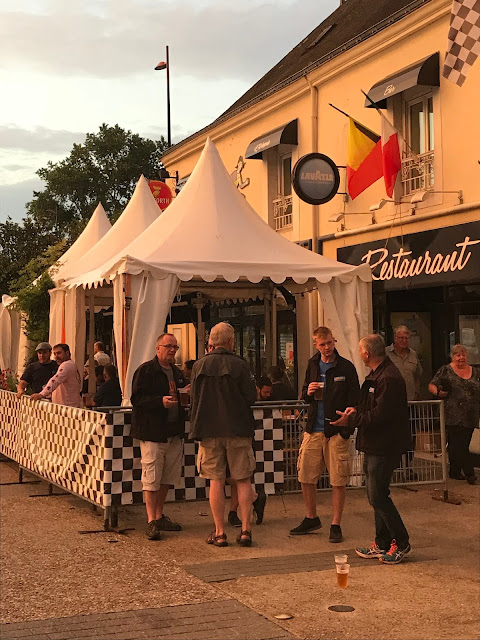 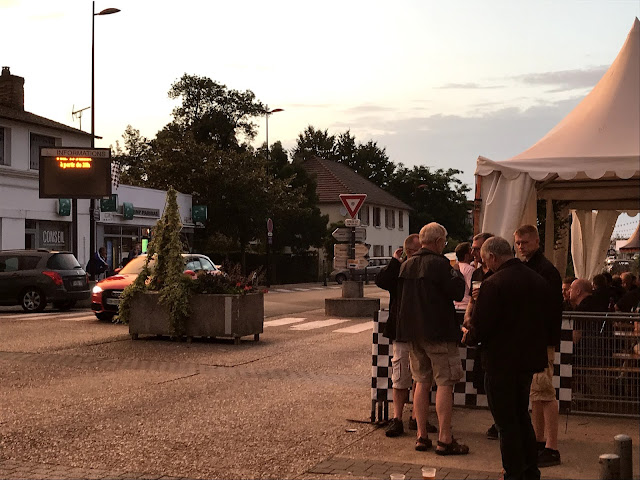 This year We'd managed to get tickets for parade laps so I headed to the track early on the Friday and Saturday - nothing like the 40 mph Silverstone Classic laps this was 'stay behind the pace car' - I never saw the pace car on either day until the drive off at the end of each 3 lap session - had a few hairy moments but was well worth the £199 for the experience. 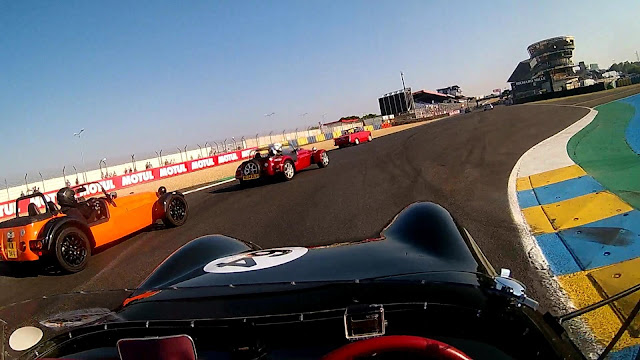 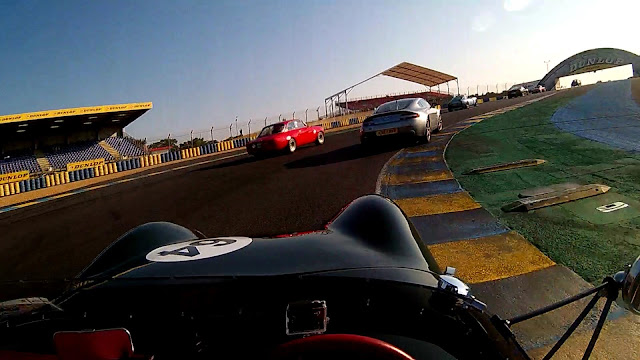 Video of Friday and Saturday final laps of YouTube: 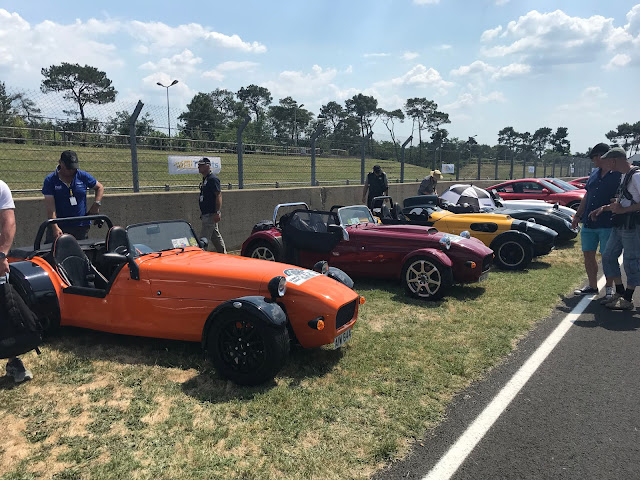 As ever a big part of the show is the Clubs and Robin (who'd helped me sort out the carburettor on the Eleven was there with 'Beano' and the Historic Lotus Register. 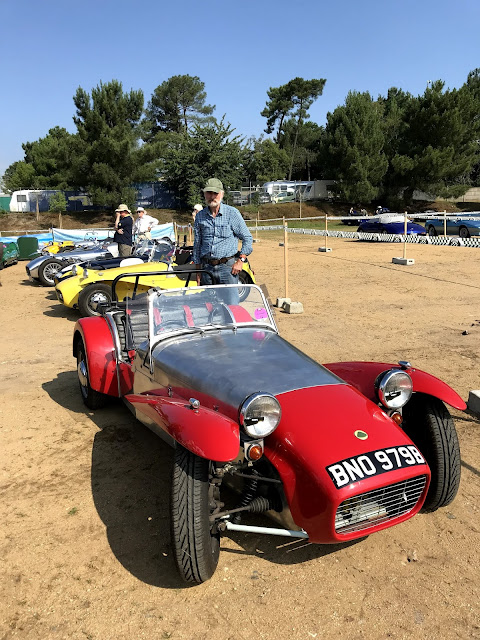 There was also an Eleven on the stand: 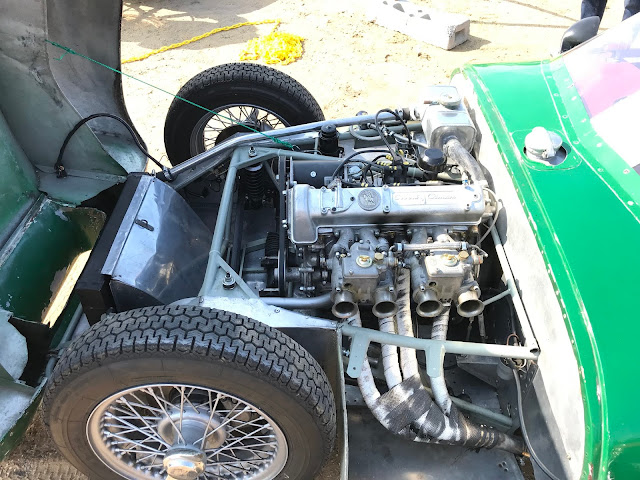 High spec'd Eleven with a Coventry Climax engine and De'dion back axle.

Saturday night was in Arnage again - Gendarmerie everywhere after a serious incident in a previous year - but still an enjoyable evening. 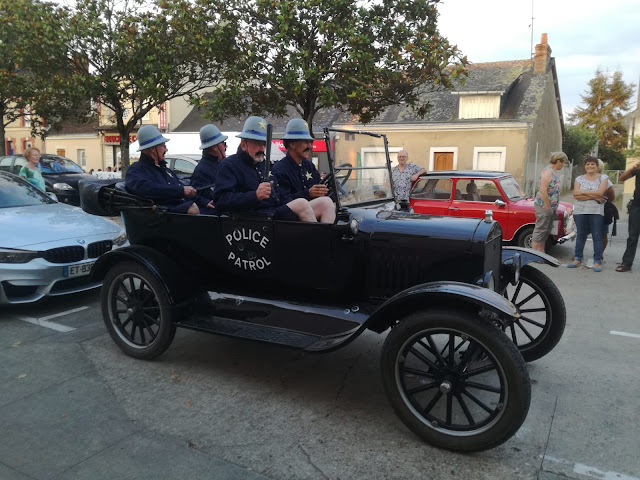 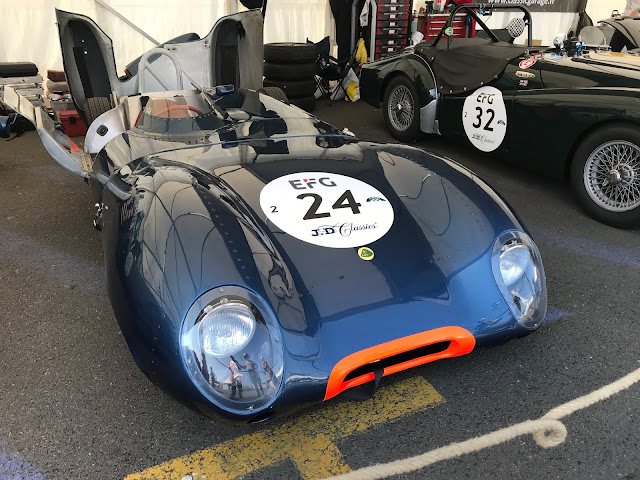 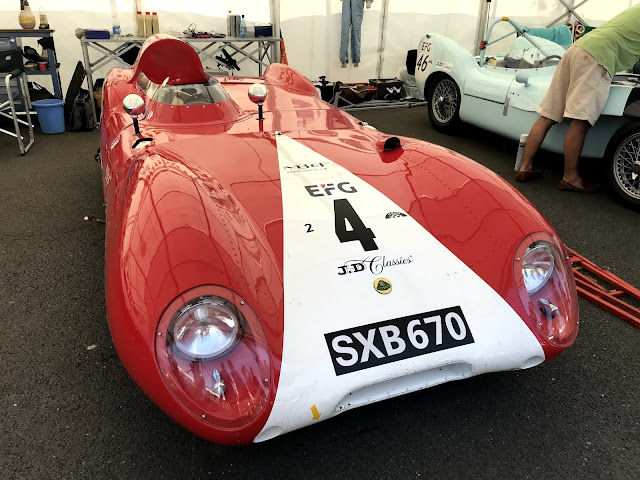 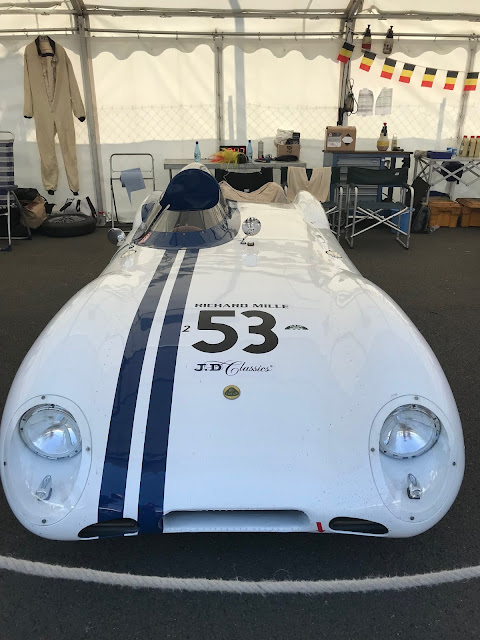 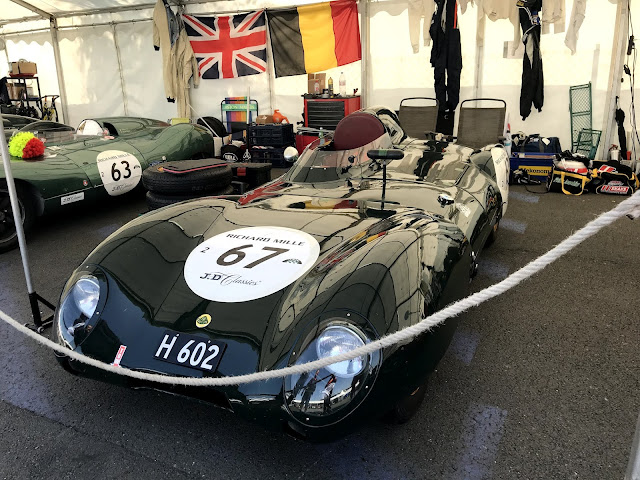 The last night we stayed on the campsite as they had cheap beer/wine, a good band and it was also an opportunity to say thank you to Val and Alan who were eventually selling the business after 25+ years. 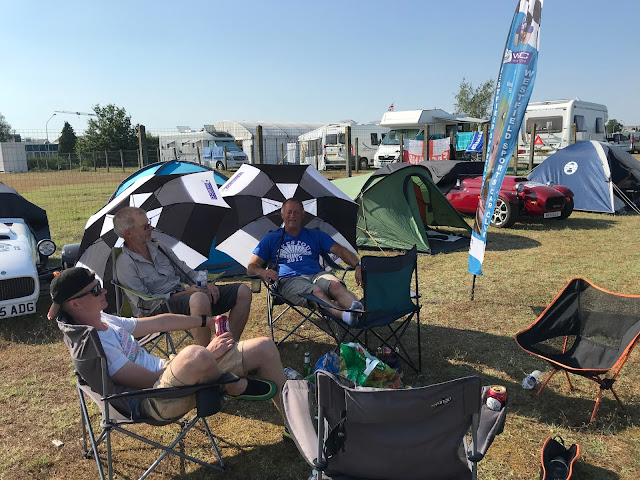 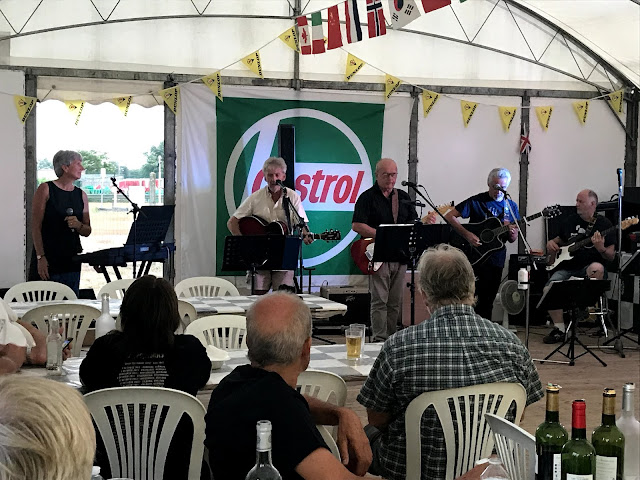 The drive home was enjoyable but uneventful with me arriving home at 11:30pm on the Monday evening.