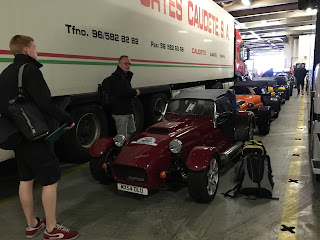 The plan was an early start and then catch the ferry from Portsmouth to Bilbao followed by an Atlantic Coast and Pyrenees Mountain Pass drive.  Unfortunately the weather was awful so we adjusted the plan and dropped down on to the motorway for the last leg just to make sure we got to the overnight stop in time. 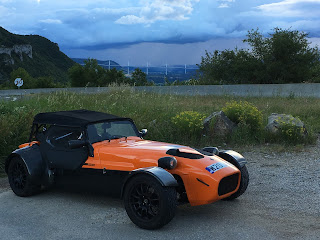 The morning driving was incredible - mountain pass after mountain pass up into Andorra.  After lunch in Andorra we elected to drop down to the coast and use the motorway and N roads as the sky was looking threatening 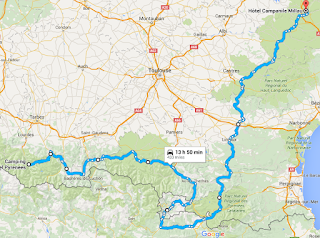 The route was "borrowed" from the Bentley Owner Club and worth the effort.  I had to pick up Myles from Nimes Airport so missed the morning but after lunch we all completed the drive through Grand Canyon with sme excellent driving and weather.  The last stage was the run down to the coast and a night in a luxury hotel. 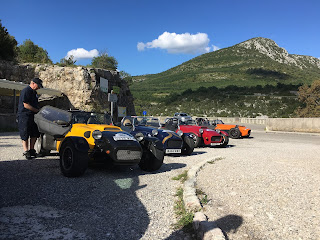 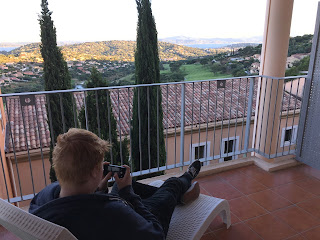 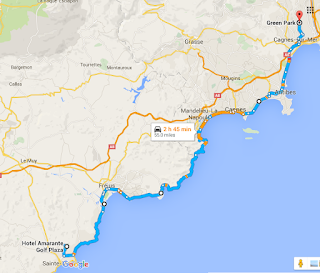 Excellent weather and breakfast and photos in St Tropez followed by a drive up the coast to Cagnes-Sur-Mer.  Following the coast was very scenic and we tracked in land to find some more bending roads while heading to the overnight accommodation. 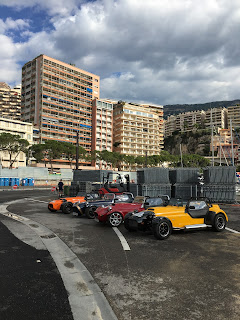 Grand Prix circuit half a dozen times plus stops for photos.  Chris' car needed some work as the front wishbone bushes decided to crumble. 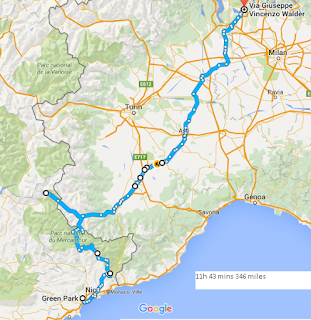 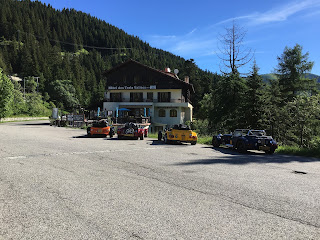 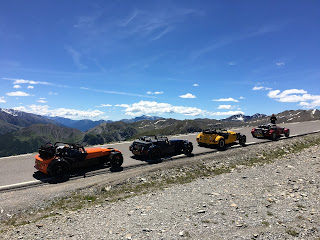 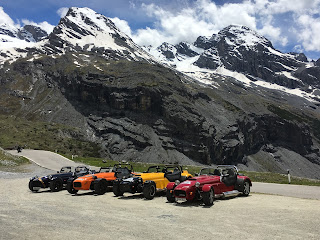 After Lake Como a long boring drive to and from the mountain but totally worth it for Stelvio - I could have stayed all day.

Received a package of bushes from the UK and replaced all on the lower front wishbones on Chris' car before dinner.

Day Eight - The long One

Left Varese at 4am and got up into the mountains.  Grand and Petit St Bernard Passes driven (The Italian Job) with the 43 Euro Mont Blanc tunnel between the two.  A slight change of route included a stooped for lunch by Lake Annecy and then a run through Lyon to get to Vichy by early evening. 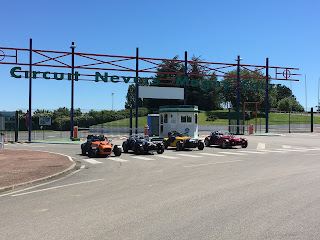 A relaxed start with time for breakfast - after a faf with the paperwork/jobsworth receptionist we left at 10am and ambled through the Loire stopping at Magny-Cours where a track day was in full flow.  After coffees we headed of to Sancerre for a wine tasting and lunch before a final short leg to the over night stop.  Well it should have been short but unfortunately we fell foul of the French Police who decide that a 20 minute talking to was warranted - we eventually got to the over night stop but it took a couple of hours for everyone to meet up again. 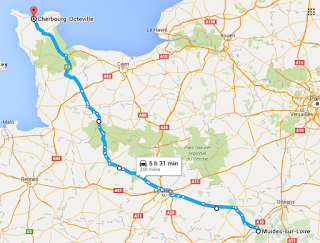 Beautiful weather again and another relaxed drive.  We had an early start and stopped after Le Mans for breakfast - omelette and coffee.  Easy crossing to the UK and a dark final run to Yeovil - just short of the estimated 3,000 miles