This weekend the Eleven left the garage under it's own propulsion for the first time....I took advantage of dry (but cold) conditions and setup the ride heights. 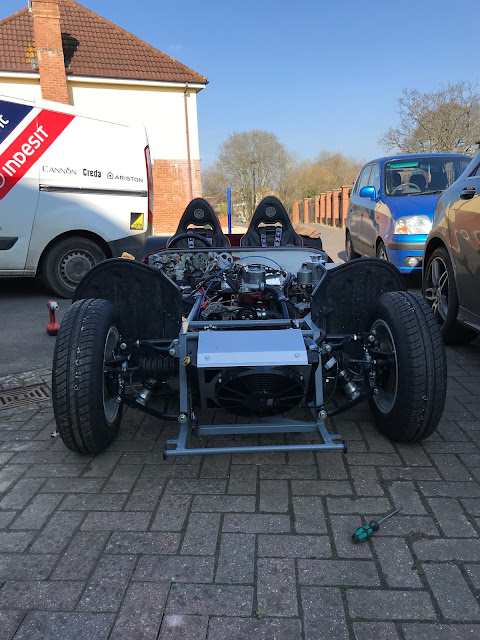 I also re-torqued the headbolts and gave the car a good going over rectifying anything that wasn't right or adding it to the 'To Do' list.

I started the engine and did a couple of runs up and down the drive - the turning circle is more like an ocean liner than a sports car so I'll need to look at how much I can take off the steering rack limiters post IVA.  Once the engine was warm I fitted the colourtune kit and adjusted the mixture iaw the instructions eventually getting the idling to a steady ~900 rpm with a nice blue burn. 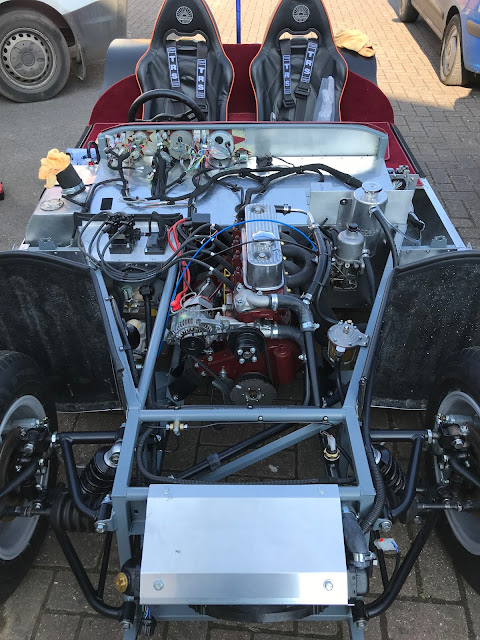 Working down the 'To Do' I removed the scuttle and added a dedicated earth to the fuel tank, I previously thought the fuel sender earth would be sufficient but after getting advice from the WSCC forum it didn't seem worth taking the risk for the sake of a jubilee clip, piece of wire and wire termination. 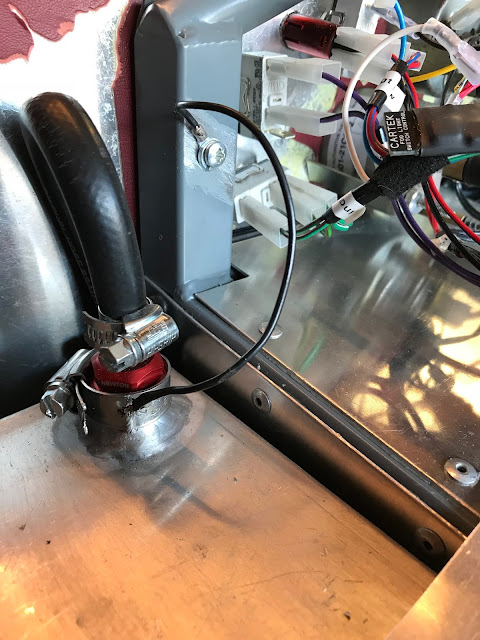 The next jobs were to add cable ties for the coolant and fuel overflows, a grommet for where the advance vacuum goes through the bulkhead and a Dzus fastener to clamp the front of the scuttle to the bulkhead. 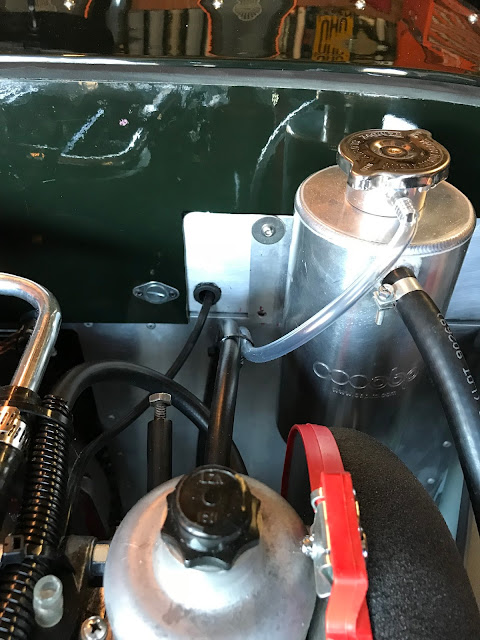 The next task was to try and stop the exhaust manifold hitting the chassis.  I put the front of the car on axle stands and then lifted the engine with a trolley jack.  After a bit of playing around I decided that a shim under the nearside engine mount and elongating the mount slots might be a route forward.  I had some 6mm aluminium so used it to fabricate a shim, I then adjusted the height of the engine using the trolley jack and bolted everything up - I can now get my fingers between the exhaust manifold and the chassis opening so the overall movement was ~10mm, hopefully this will be enough. 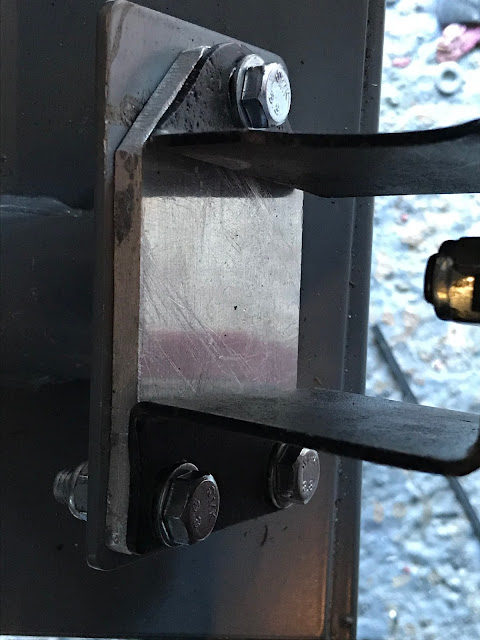 I then spent sometime tidying up the engine bay wiring and cables, added a locking bracket to ensure the battery can't slip out of the mount and covered the rear chassis clam mount ends.  The final task was to investigate why the reversing light had stopped working, using an inspection camera I stopped that a wire had come off the gearbox switch - this will require the seats, harnesses and tunnel carpets to be removed to gain access so something for next weekend. 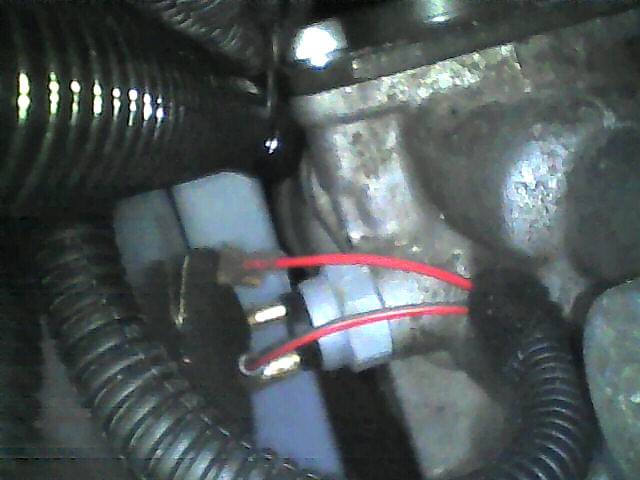