After a long break I've finally managed to get back to the blog. In the last post James and I were installing the engine into the Eleven and after than work on the car has been limited due to a combination of factors, however, with the New Year has come new enthusiasm and the car has also been accepted to complete a couple of parade laps at this year's Le Mans Classic in July so it's now all hands to the pump.  I've submitted my IVA application as I did a little plan and realised how little time I've got once you take into account all the potential delays with DVSA and DVLA getting the car tested and registered.


The most obvious progress is that I've now largely finished the bodywork.  Once I had the engine fitted I installed the front inner wings and trimmed them with a compressible trim to ensure as little road debris and water thrown off the wheels gets into the pontoons and engine bay.  Oh and clearly I now have the tyres fitted so have a rolling chassis. 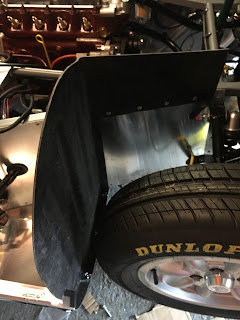 And then the same at the rear of the car, both sets are fibre glass and needed a small amount of trimming before they fitted and allowed the bonnet and rear body clam to fit. 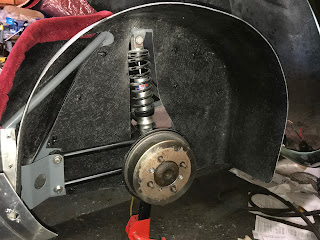 I installed the headlight and indicator pods to the bonnet, again they needed some fettling to fit nicely, and I've also fitted the front wiring loom. 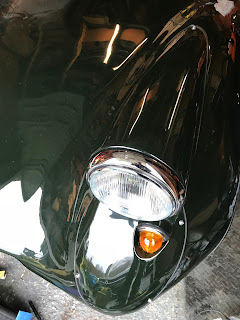 In the engine bay I've installed the HIF44 carburettor and after trying numerous off the shelf manifolds that wouldn't allow the carb to clear the bonnet had one made by Maniflow in Salisbury, it's a slight adaptation of their Midget/Sprite with the interfaces parallel rather than the carb interface being angled up. 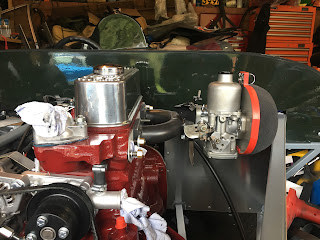 Once I'd sorted out the inlet manifold I installed the Westfield Long Centre Branch (LCB) exhaust manifold and the exhaust, this included a cone that needs fitting to the input pipe of the box taper bit into the box and full bore perforated sheet to the front. 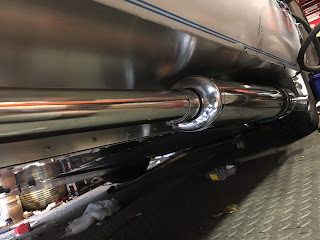 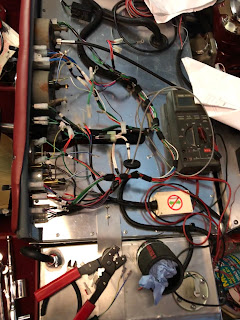 Oh and I've also manufactured an aluminium bracket to mount the rear number plate and fog/reversing lights - hopefully I've managed to get the measurements right so the lights and vertical and above the minimum high required for the IVA. 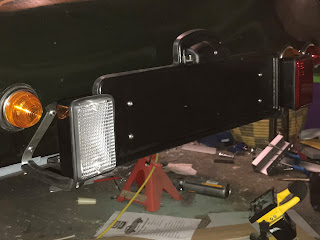 I've now completed a 'To Do' list and estimated I have about 50 hours work left to finish the car, luckily I have a week off work in mid February so once the DVSA get back to me I'll get an IVA date shortly before Easter to allow registration by May and time to do some shakedown drives before Le Mans Classic.