Santa gave me a Aerodynamix carbon fibre dash blank for Christmas and I've been holding off installing it because I could decide whether to stick with the old analogue gauges and switches or go modern.

After a lot of deliberation I decided to stick with the rocker switches but replace the gauges with an ETB DigiDash 2.  I selected the DD2 because it had the functionality I wanted and comes with all the sensors so is a bout half the price of the Race Technology Dash 2.  ETB also offered me a discount because I didn't need all the sensors.  Mark Walker emailed me a .pdf copy of the CAD drawing that Westfield use on the factory car that are fitted with the Race Technology Dash 2 and I copied the rocker, indicator, full beam, hazards and horn switch positions from it.  I changed the horn and heated windscreen switches for an orange version of the heated windscreen switch and also changed the toggle switches although I might go back to the originals as the new ones are a little clunky. 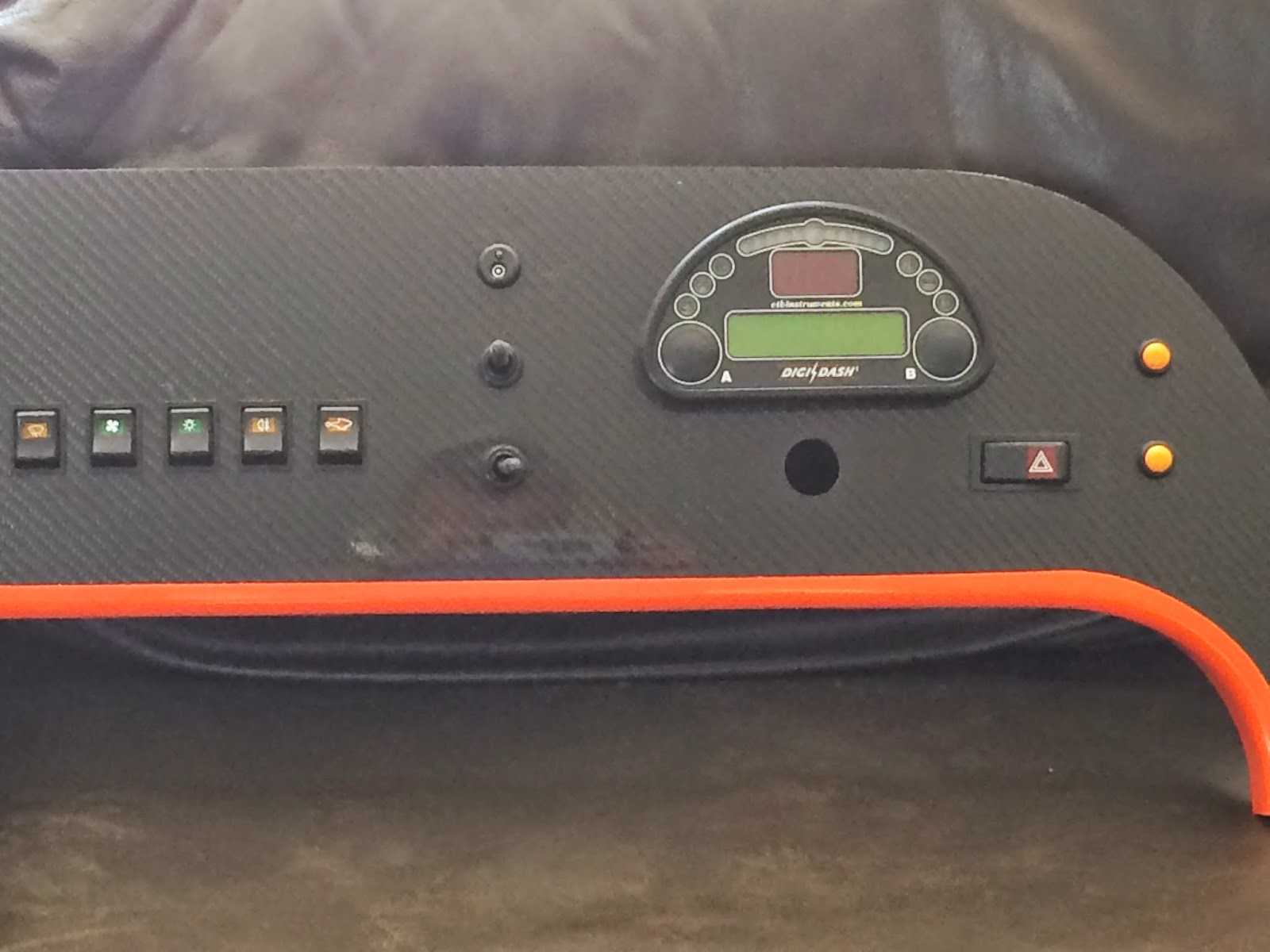 Cutting the blank took far longer than I'd planned, I spent most of an afternoon/evening getting the shape right as with Aerodynamix no longer taking orders I didn't want to mess it up.  The actual cut outs were remarkably quick, I masked and marked the dash and the drilled the corners and Dremelled followed with hand filing to finished everything off﻿.  The hardest thing by far was to mark out and drill the mounting holes as I had to work out a way to transfer the scuttle rivnut positions to the dash.  In the end I found that 3mm rivets with the centre cut down fitted the rivnuts and would mark masking tape.
For the wiring I didn't want to cut the chassis loom so I made up adapters to connect the two DD2 cables to it.  I just need to sort out how to protect the unused connectors.  The final decision is how to route the new and additional sensor cables, I'd like to put them in conduit and route them through the tunnel but access might be a problem so I might route them through the pedal box cover as an interim until I next have the engine and gearbox out, but that's tomorrow's job.
After reconnecting everything I powered up the dash and connected a laptop to go through the setup routine; so far everything that's connected is working!